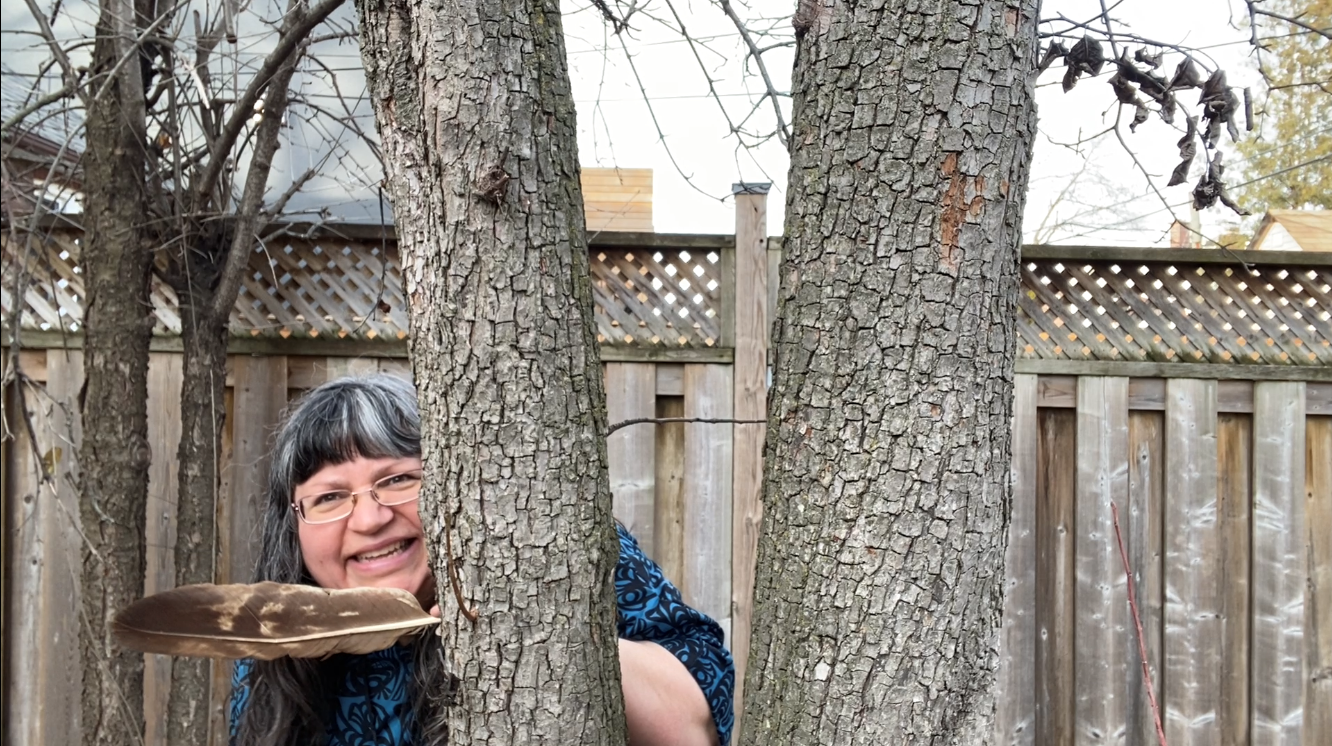 Known by her Indigenous name Medicine Song Woman, Brenda MacIntyre has shared her evocative melodic voice, healing music and spiritual teachings with appreciative audiences of 30 to 3,000 across North America. The London Ontario-based Juno Award-winning singer and keynote speaker has been featured on CTV, CityNews Toronto, APTN, Global and a 2019 front page headline in the Toronto Star. She was in the CBC Searchlight 2020 Top 100.

She is livestream-ready and has performed and spoken at venues across North America, including the Salmon Arm Roots & Blues Festival, Toronto Union Station, California State University, RBC, BMO and most recently, livestreams hosted by PAÍS Virtual PowWow (Pan-American Indigenous Solidarity) and Music Together Ontario.

Through her signature Medicine Song Healing work, motivational speaking, and her Picking Up the Pieces 13 Moon Resilience and Reawakening program, Brenda MacIntyre specializes in helping women empaths to get through trauma, grief and exhaustion, while embodying resilience and reawakening to the gifts they carry.

If you’re looking for an engaging and experienced motivational speaker, indigenous singer or workshop facilitator for your conference, awards gala or special event in Canada or Europe, book a time below to discuss:

1. Living Past the Limits: Why Holding Your Shi* Together Is Holding You Back
Experience interactive fun set to Brenda’s lush soulful voice over a bed of conscious funky indigenous reggae vibes. Discover how to live past the limits even in major transitions.

2. Breath of Life: Becoming Open
Underneath it all, we just want to feel safe, loved and accepted, and to enjoy our lives. Discover how the power of your breath, body and voice can crack you open and allow your sparkle to flow. Experience the medicine of indigenous hand drum songs.

3. Picking Up the Pieces: Life After Loss
Interactive Musical Performance & Teachings about Grief, Loss and Identity Re-Creation through music and a path of self-love. How to become fully YOU while making space for grief, transitions and the craziness of the world falling apart.

4. Music, Meditation & Messages from Beyond
Yes, I talk to dead people and higher beings, and people receive healing from this work. The conversation always starts with a song. It’s why my indigenous name is Medicine Song Woman. Experience a group healing, meditative journey and reading, facilitated by the raw power and soulful softness of Brenda’s healing voice.

* All Presentations include speaking, musical performance and audience participation.

Out of all the speakers, you stood out so much to me and in fact I cried when I heard you speak about what your motivation is that keeps you going everyday to run your business. I cried because I have the same motivation: to help women remember who they are and feel their true power again. I’m a new mum and am just putting the bones of my business together. For now my priority are my little 3 children. I had depression as a new mum and through all the work I did on myself, I now am creating a business to help other similar mums heal themselves, reconnect to their power and create their true life. I really resonate with your message and you and your essence just heals me when I hear you!

Many thanks. You are gifted with music, medicine and magic.

Brenda MacIntyre has been an integral part of our International Women’s Day and First Nations Day celebrations, both as a phenomenal keynote speaker and as an extremely gifted facilitator, always to a capacity-crowd.  Brenda’s empathetic, knowledgeable and respectful delivery is inclusive and welcoming.  We are honoured to have Brenda MacIntyre in our lives, and it is with absolute consensus that we recommend and promote Brenda in any way that we can. She has so many gifts to share.

The standard of your performance and the quality of your work reaped praise and applaud from our visitors as well as the members of the CNE board and staff. Your contribution to the Canadian International Artist Forum is appreciated and much admired.

Powered by ProofFactor - Social Proof Notifications
Send this to a friend